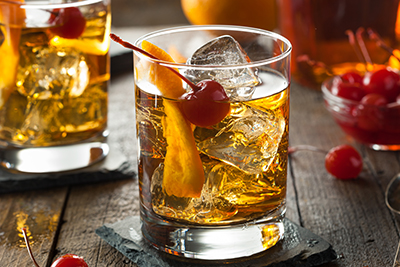 I did not attend Dartmouth, but I was born at Dartmouth’s Mary Hitchcock Hospital, I attended a college comparable in both prestige and traditions of prurient masculine nonsense, and I also drink liquor. Taken alone, any of these facts might merely qualify me to comment on Dartmouth’s recent decision to ban hard alcohol, but the three of them together almost certainly make me an authority.

Hey, I have an idea. Let’s put 4,200 overachieving 18-22 year olds, many of whom came to the place because of its reputation for a certain robust hedonism, in a college in the middle of a small freezing town 2 ½ hours from a major city. (And, we’ll make that city really boring, anyway, and have most of its bars close at 1 a.m.) Then, tell them that they can’t drink hard alcohol, but they can drink wine or beer. Just because we don’t want them getting mega-wasted doesn’t mean we are against them getting wasted at all. Then, let’s have them all live together, in close proximity to almost none of the types of authority figures who seem prepared to enforce this kind of law. I see from Dartmouth’s website that it has something called community directors that live in the dorms, and they have interests like discussing gender theory, birds of prey, rowing, furniture restoration, and cold and snowy winters. Nothing like “and when I’m done kayaking I like to make people three years younger than I am who are basically my friends throw out full bottles of Crystal Palace.”

Dartmouth officials say that more of the students who are dangerously drunk, who end up in the hospital, for example, have been drinking hard alcohol. Kevin Kruger, the president of Student Affairs Administrators in Higher Education told the Washington Post, “Most of the really horrific things that happened [on college campuses] related to alcohol happen with hard alcohol. . It just takes too much beer to get there.” Oh, Kevin! I guess wherever “there” is, you never wanted to arrive. Or you don’t really like beer. Those who seek “there” will find it. Plus, this fantasy that extreme drunkenness will decline when there is no liquor around only exists because right now, it is around.

Again, I didn’t go to Dartmouth, and I graduated from college 20 years ago. But these Ivy League and elite liberal arts colleges have extremely similar cultures, and they are not into policing students. The dorms don’t have many rules. Visitors come and go freely. Rooms are not inspected. Frat or similar house parties at non-Greek schools sometimes card and sometimes don’t. And even though you might not be allowed to drink in your rooms, you just do. And you know what? You can drink a lot in a room.

In a small community where a third of that community is of age and two-thirds isn’t, getting whatever you want to drink is the easiest thing you’ll do all day. An article written for the Dartmouth paper last year pokes fun at the very idea that underage students there don’t drink. Yeah, I don’t really see the school that inspired Animal House, even if that was almost 40 years ago, turning into an alcohol police state. And what about when pot is legalized? “Smoking pot is permitted, as long as it’s not A-Dub or Tickle Kush.”

Surely you’ve witnessed someone who drinks showing up at an event and discovering that there’s no alcohol. He will exclaim “What? There’s no alcohol here?” and proceed to go on and on: “What kind of party is this! I never heard of such a thing! I can’t believe this!” until he hightails it out of there to hunt down a big fat drink. If, however, beer and wine are being served, the same drinker complains just once: “Only beer and wine! Harumph!” and proceeds, expertly, to get as drunk on beer and wine as the parameters of his life will allow. Adults differ from college students at elite schools in one major way: They work. Here’s an idea: require all college students, not just the poor ones, to work a part-time job. Twenty hours a week. If they miss work more than twice a semester, they’re expelled. That will teach them to sip.